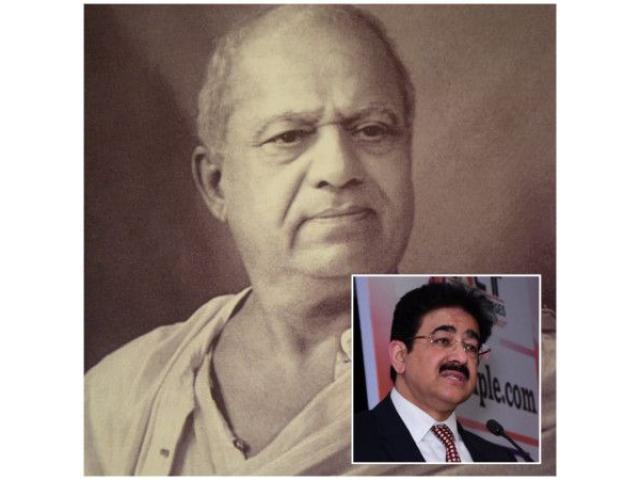 New Delhi: On the occasion of 150th Birth Anniversary of the Father of Indian Cinema- Dada Saheb Phalke, AAFT University of Media And Arts announced the highest Academic Honour in Cinema in the shape of a Chair for a Film Maker at AAFT University based in Raipur.

“This is the most opportune occasion for the board of Directors of AAFT University to announce the Chair after the name of Dada Saheb Phalke for a renowned film maker for a period of one year, this is going to be the highest academic honour which can be presented to the film maker by the university,” said Dr. Sandeep Marwah Chancellor of the University on the occasion of 150th Birth Anniversary of Phalke.

AAFT has been in film, TV and media education for the last 27 years and has churned out 20,000 media professionals from 145 countries of the World. AAFT has created a wonderful niche for itself and has been rated as first ten best film schools of the World.

The new board comprising of Governors, Judges, Ministers and Educationists will decide the first name for the “Dada Saheb Phalke Chair” and will be announced soon. Powerful bodies like International Journalism Centre and International Chamber of Media and Entertainment Industry have also supported the decision.

The idea has been conceived by Dr. Sandeep Marwah, who holds seven world records in Media, is the founder of Noida Film City and who has been titled as Global Cultural Minister for his untiring contribution to the promotion of arts and culture. Dr. Marwah has been honored many times in the past for promotion of art and culture.

1. How Can I Register with Free Classifieds 4 U Portal?

The Registration process at Free Classifieds 4 U portal is quite simple. You can either register with your email id or you can register with a social profile such as Twitter, Facebook & Google+. After registration, you can easily post your classified ads.

2. How Can I Post Ad on Free Classifieds 4 U Portal?

Posting an ad is quite simple on Free Classifieds 4 U portal. You have to register first in either to post an ad. After registration, click on the post now button. Fill the classifieds ads form which contains the title, description, image, and other details. After filling all the details you can simply post your ad and pay a minimal amount of INR 100 for approval of classified ads.

3. How can I manage my Classified Ads?

Just sign in and go to "Profile" on the top menu bar. There, you discover every one of your advertisements and can decide to modify them by clicking "edit" and afterward make any updates to your classified ads.

4. What are the ad posting rules at Free Classifieds 4 U Portal?

It would be ideal if you post in the right categories as it helps the users in contacting the correct people with their advertisement and helps the clients searching for something to discover what they need.

5. How Long will The Ad Remain Active on the Classified Website?

Generally, an ad is consequently deactivated from the site after a year. You will get an email seven days before D-Day and another upon the arrival of deactivation. You can put them online in the next month by signing into your account on the website. However, some paid ads have lifetime validity and will not be deleted.

Disclaimer: This website makes for promoting products & services online. Here seller & buyer or any company posts their ads. Every ad was not possible to moderate. So while using this website, any deal you get any loss we are not responsible. If anyone promoting wrong content or misuse of our online advertisement platform, than he/she will face legal action in Pune juridical section. For any Advertisement / Complaint – Submit Contact Form with more details.